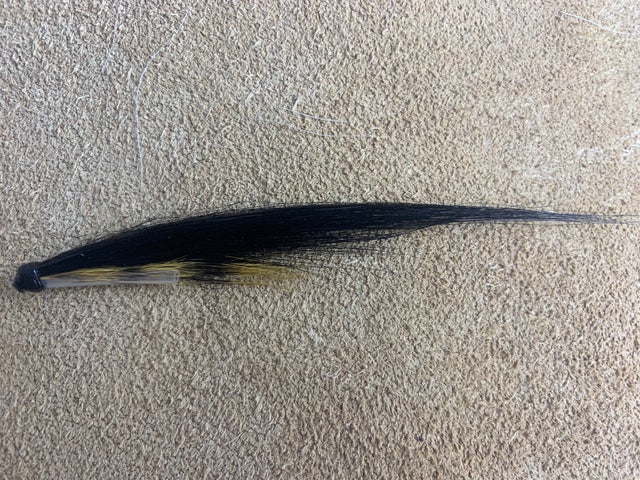 This Sunray Shadow is with Squirrel and between 11 and 13 cm Monkey Hairwing.

The Sunray Shadow, is in my opinion one of the most famous tube flies ever made. It was designed by late UK angler Mr. Raymond Brooks in the 1960´s. The Sunray Shadow is a must-have for anglers pursuing fresh Silver Salmon in any river.

Some claim, that the Salmons reaction to a Sunray Shadow is similar to a cat’s instinctive behavior to flash out a paw on a string that is flicked in front of it, it simply can’t help it. It just instinctive reaction. The Sunray Shadow with Colobus monkey hair is a legendary Salmon fly!

The fly is a long, black monkey hair wing on a tube with a stiff underwing. In this case Polar Bear.

This fly is from the vice of Jan Arne Ramsli